COP25: SI calls for increased ambition and immediate action on the climate emergency 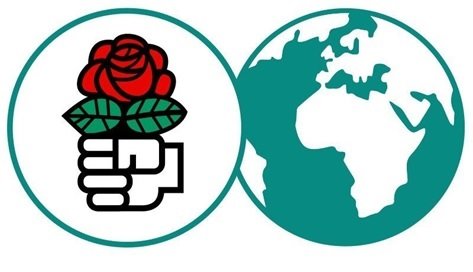 The Socialist International and its member parties have for many years consistently advocated for concerted and coordinated international action to prevent catastrophic climate change and global warming. Recognising that climate change is an existential threat with far-reaching consequences upon all aspects of human life, including development, peace and prosperity, the SI’s Commission for a Sustainable World Society established in 2006, worked intensively to develop a social democratic response to the challenge of climate change. The commission report, “From a High Carbon Economy to a Low Carbon Society”, was published in September 2009 and its conclusions remain pertinent to this day. In the decade since that report, climate change has remained at the heart of the agenda of the SI, as a major theme of Congress, Council and Presidium meetings. The SI has been present at major summits on climate change and sustainable development, including most recently the United Nations Secretary General’s Climate Action Summit in September 2019, and sought to coordinate a common approach to be undertaken by its member parties based on the fundamental principle of climate justice.

The Presidium of the SI, meeting shortly after the summit, underlined the extent to which socialist and social democratic parties continue to be at the forefront of global efforts to take all necessary steps to avert catastrophic climate change. In conjunction with COP25, the SI will, as on previous occasions, bring together environment ministers from the social democratic family for exchanges and discussions on their priorities and expectations.

Last year, on the eve of COP24 in Katowice, 94 leaders of the Socialist International signed an open letter with ‘A global call for a sustainable world society – before it’s too late’, published on 30 November 2018. During the past year, it has become ever more clear that the current level of action is not sufficient. Despite the commitments made under the Paris Agreement, there has been no reduction in the concentration of greenhouses gases (GHG) in the atmosphere, or even a slowdown in the rate at which this is increasing. According to the most recent report of the World Meteorological Organization (WMO), the global concentration of CO­2 increased to yet another high 407.8 parts per million (ppm) in 2018, having first crossed the symbolic 400 ppm benchmark in 2015.

This trend is confirmed by the UN Emissions Gap Report 2019, which describes a rise in GHG emissions of 1.5% per year over the last decade, reaching a record high of 55.5 gigatonnes of equivalent carbon dioxide (GtCO2e) in 2018.  This collective failure to stop the growth in GHG emissions has severe consequences, as for each year of postponed peaking, deeper and faster actions are now required. At the time of publishing, the report calculated that 2030 emissions would need to be 55% lower than 2018 to put the world on the least-cost pathway to limiting global warming to below 1.5°C. However, global emissions are not estimated to peak before 2030 if current climate policies and ambition levels of the Nationally Determined Contributions (NDCs) are maintained, by which time the narrowing window of opportunity to take the necessary action to prevent catastrophic global heating will have firmly closed.

The science has long been clear, and the evidence continues to mount that actions are not matching up to ambitions when it comes to reducing GHG emissions. Human activities are estimated to have already caused approximately 1.0°C of global warming above pre-industrial levels, and if it continues to increase at the current rate, warming is likely to reach 1.5°C between 2030 and 2052, according to the recent Special Report of the IPCC on the impacts of global warming of 1.5°C. The need to restrict global warming to an absolute maximum of 1.5°C is clear. Climate models project a significant difference as a result of limiting warming to 1.5°C as opposed to 2.0°C, when it comes to increases in mean temperature, hot extremes in most inhabited regions and risks from heavy precipitation events in several regions, and droughts and precipitation deficits in some regions. In short, with an increase of 2.0°C, extreme weather events become much more probable. Just this year, we have witnessed the devastating cost of storms, floods, droughts and extreme heat, which all too often bring destruction and loss of life to those least able to deal with the consequences, and who bear least responsibility for the climate emergency.

We know the challenge is immense. The IPCC outlines that pathways limiting global warming to 1.5°C require unprecedented systems transitions in terms of scale, in energy, land, urban, infrastructure and industrial systems. All sectors need to contribute with deep emissions reductions and a significant upscaling of investments. As outlined by the UN Secretary General at this year's Climate Action Summit, the climate emergency is a race we are currently losing. Although the summit was significant in gathering together government leaders, business and civil society actors to increase momentum and impetus in tackling the climate crisis and a number of important pledges were made, more political will and deeper commitments are needed if the race is to be won.

Today, as the COP25 Summit begins in Madrid, the Socialist International calls on the international community to build on the Paris Agreement and the pledges made at the Climate Action Summit to raise the ambition of the NDC targets and long-term strategies for all countries, in particular the major carbon polluters, in order to reach carbon neutrality by 2050. More than this, a commitment is needed to immediate action to secure the urgent emissions cuts that need to occur in the next couple of years in order to have a chance to limit global warming to 1.5°C. To this end, the Socialist International strongly advocates action to tackle subsidies for fossil fuels, implement taxes on carbon, and end new coal power beyond 2020. We are living in a climate emergency, which can only be addressed through unprecedented multilateral cooperation by governments, business and civil society. For the future of our planet and the well-being of the generations to come, failure is not an option.