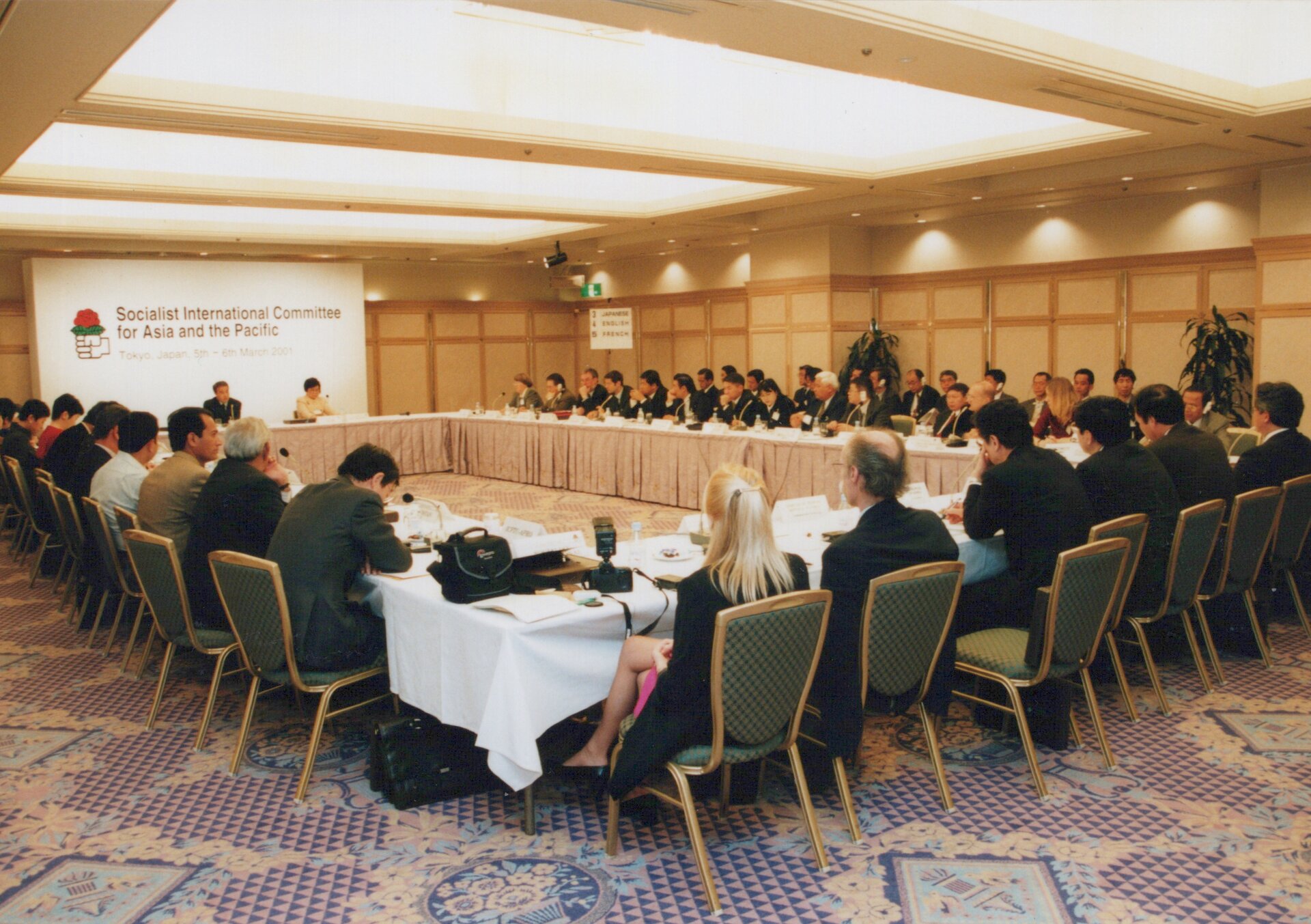 The SI Asia-Pacific Committee gave a boost to plans for the long-delayed re-unification of North and South Korea when it met on 5-6 March in Tokyo. The meeting, which was hosted by the Social Democratic Party of Japan, tackled many of the principal political concerns of the region and demonstrated the new vigour that the International is showing in one of the most populous and important areas of the world.

The gathering brought together members of the Millennium Democratic Party of the Republic of Korea in the South and of the Workers' Party of Korea from the Democratic People's Republic of Korea, DPRK, in the North. It was widely hailed in the region as a big step in support the process of reconciliation that began with the summit between the leaders of the two states, the South's Kim Dae Jung and the North's Kim Jong Il in June of last year.

One important concrete result of the talks is that the SI is to break new ground by mounting a high level mission to the two republics, its first-ever, later this year.

The Committee called on SI parties round the world to promote the bilateral relations with the North, provide it with humanitarian assistance and facilitate the DPRK's desire for better international links.

Both countries would take their places in the projected Northeast Asia Comprehensive Security Organisation which the Committee called for. Its other members would be Japan, China, Mongolia, Russia, the United States and Canada.

This body would play an active role in resolving conflicts, and in addressing problems that of poverty, hunger, disease, environmental degradation and inequality. The planned Organisation incorporates guarantees against military action.

Among other topics discussed were the withdrawal of US forces from the Japanese island of Okinawa; the racial tension in Fiji; authoritarian rule in Pakistan; the continuing plight of Daw Aung San Suu Kyi in Burma; police violence in Malaysia; the search for better democracy in the Philippines; intolerance in Afghanistan with regard to the role of women and its own cultural heritage; political transition in Indonesia; political progress in East Timor. Also discussed were Papua New Guinea and the problems in Bougainville; West Papua and the Solomon Islands.