The SI delegation was welcomed on its arrival by a large gathering of leaders and representatives from nearly fifty different parties and ethnic and religious movements and, while in Baghdad, held a series of further meetings with many of them. These included meetings with representatives from the Patriotic Union of Kurdistan, PUK, headed by its leader Jalal Talabani; from the Iraqi Independent Democrats, led by its President Adnan Al Pachachi; from the National Democratic Party, led by its President Nasir Chadirji; from the Al Dawa Party, headed by its leader Ibrahim Al-Jafari; with the leadership of the Kurdistan Democratic Party, KDP, including Hoshyar Al-Zebari; a delegation of the Supreme Council for Islamic Revolution in Iraq, SCIRI, led by Adil Abdul Mahdi; with Nori Al-Badran of the Iraqi National Accord; of the Arab Socialist Movement, headed by its President Abdul Allah Al-Nasrawi; with a delegation of the Iraqi Communist Party headed by its General Secretary Hamad Majid Mousa; of the Assyrian Democratic Movement headed by its General Secretary Yonadam Y. Kanna; and with members of the leadership of the Iraqi National Congress. A special meeting was also held with the Iraqi Leadership Council with the participation of its seven member organisations.

During its visit, the delegation expressed the full support of the International for the Iraqi people in their efforts to build democratic institutions, and for the early establishment of an Iraqi Interim Authority leading to the formation of an internationally recognised, independent government.

The members of the delegation also met with Sergio Vieira de Mello, Special Representative of the UN Secretary General Annan, to discuss the UN's work in Iraq and to reiterate the International's complete support.

Many of the leaders and representatives we met with in Baghdad participated in the Socialist International Conference 'Building Democracy in Iraq - Working for Peace in the Middle East' held in Rome on 18-19 July.

Taken from the Report of the Secretary General, XXII Congress of the Socialist International, São Paulo, 27-29 October 2003

Working meeting of the SI delegation with Jalal Talabani

Meeting with the National Democratic Party, led by its President Nasir Chadirji 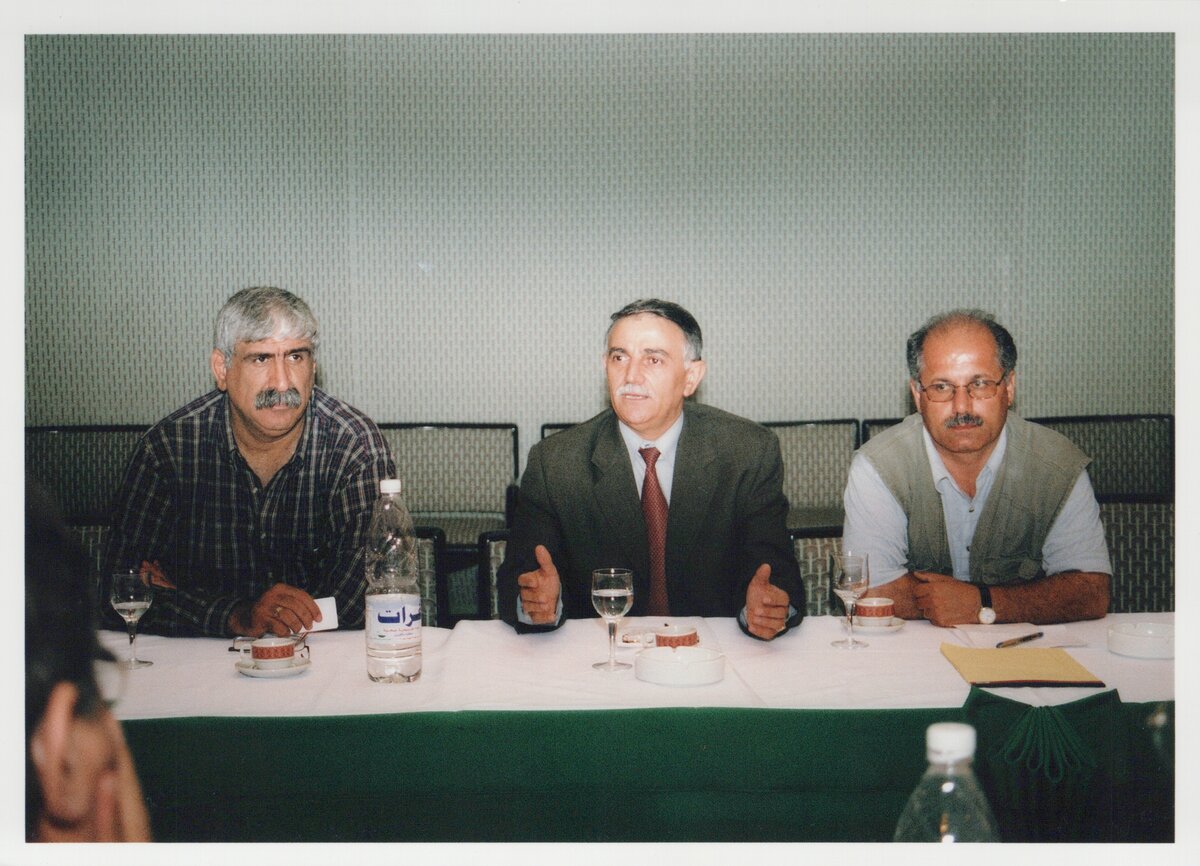 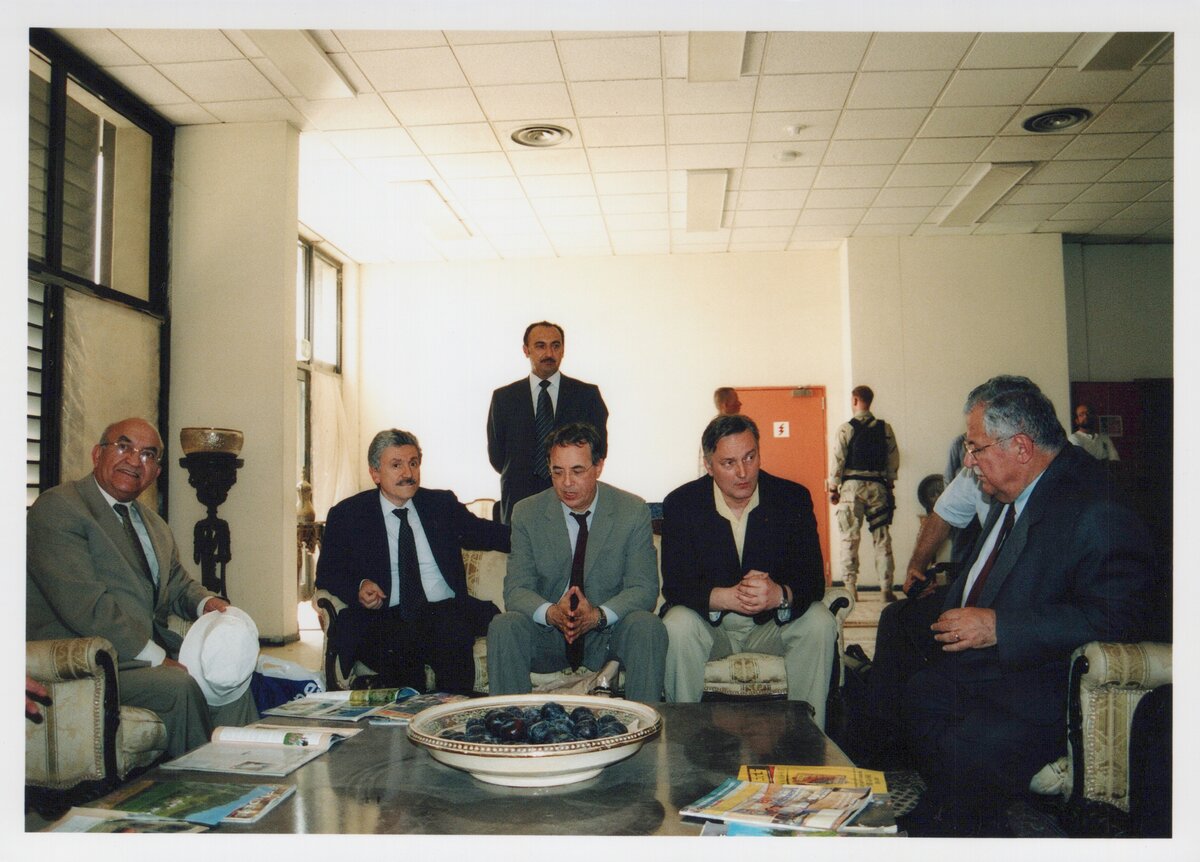 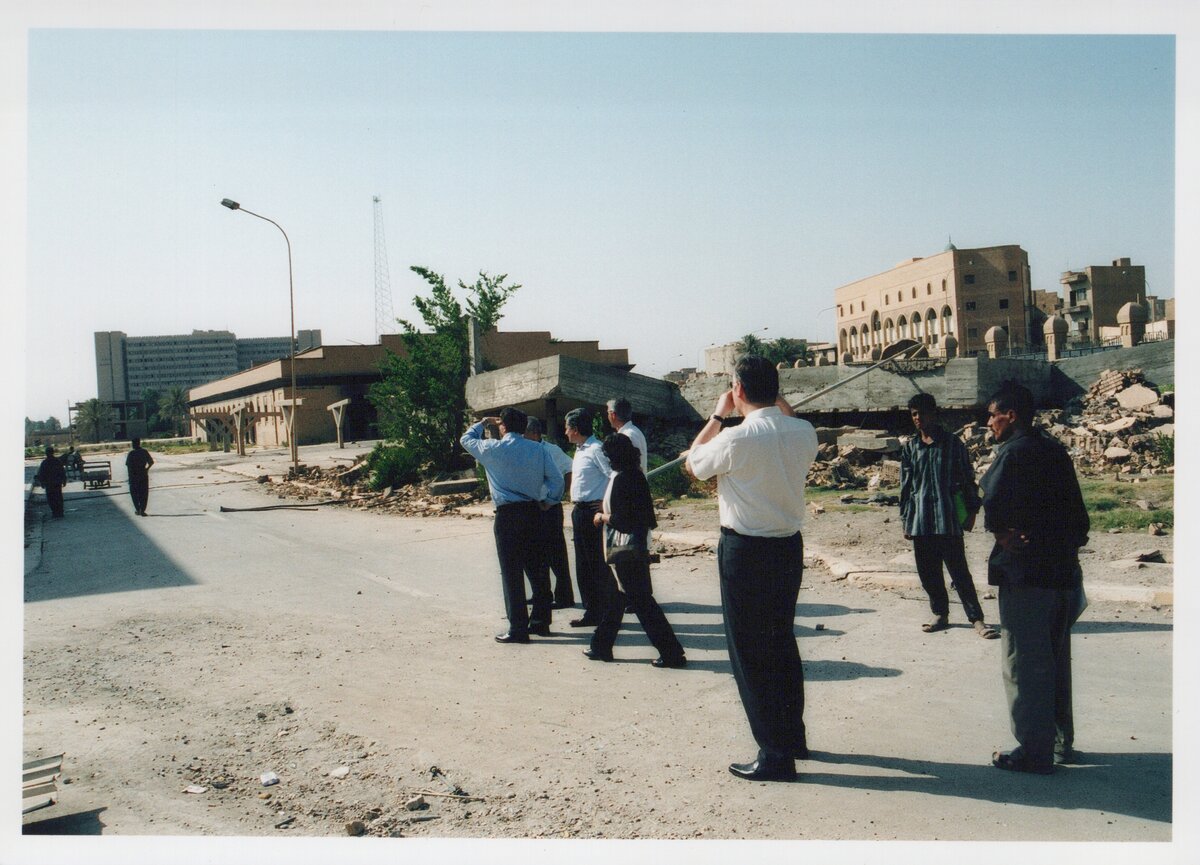 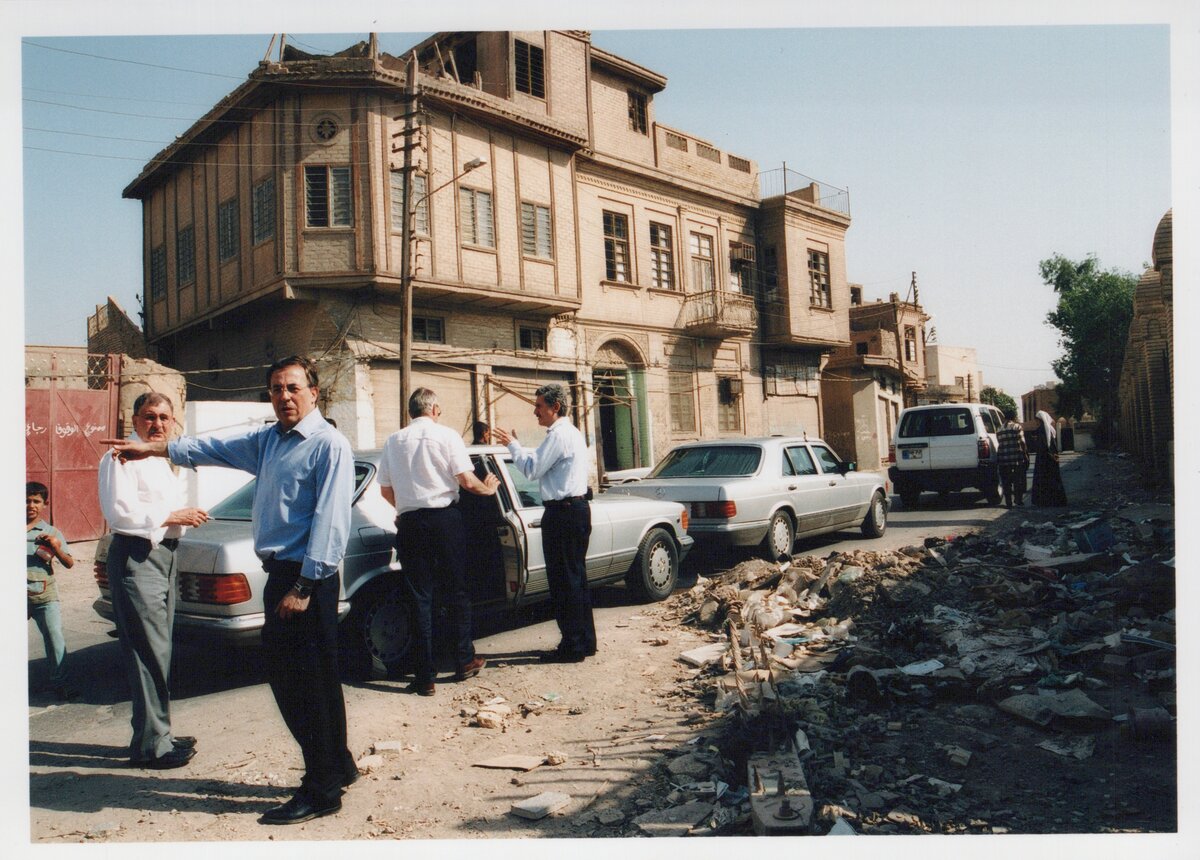 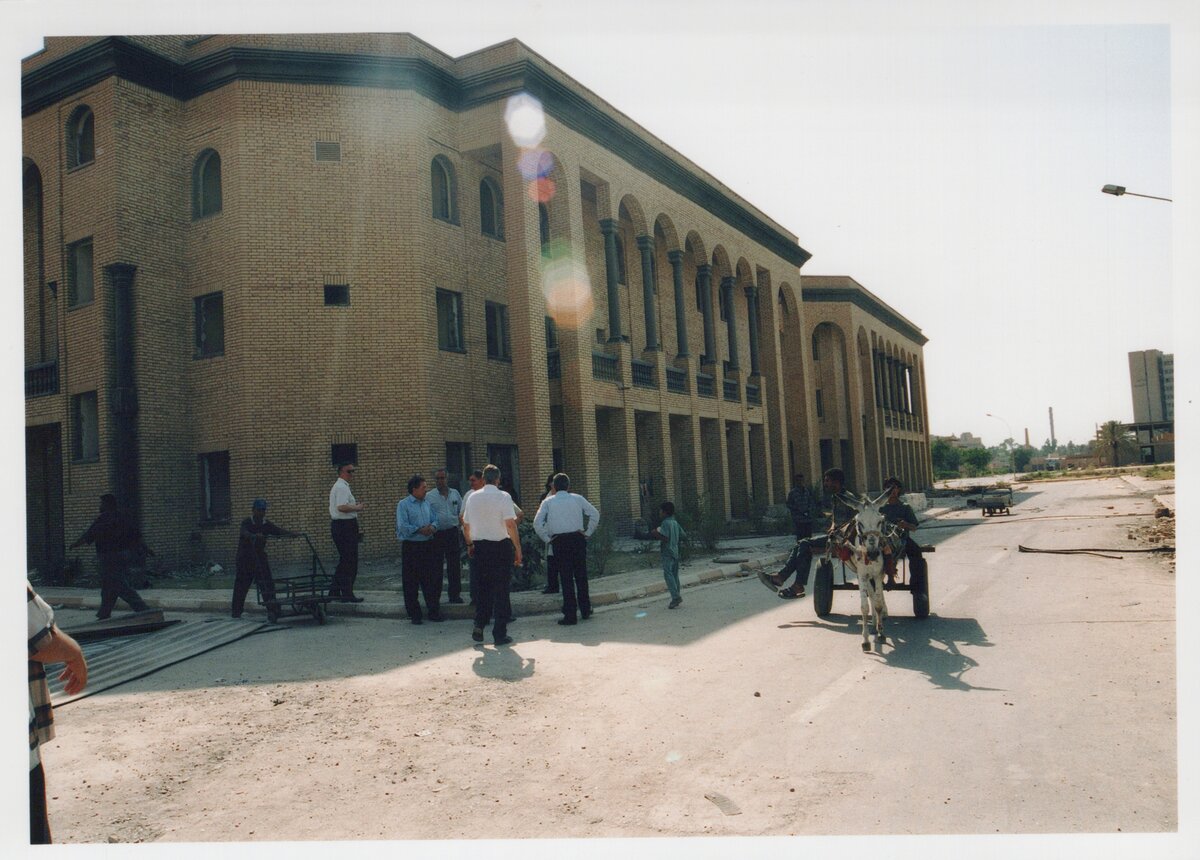 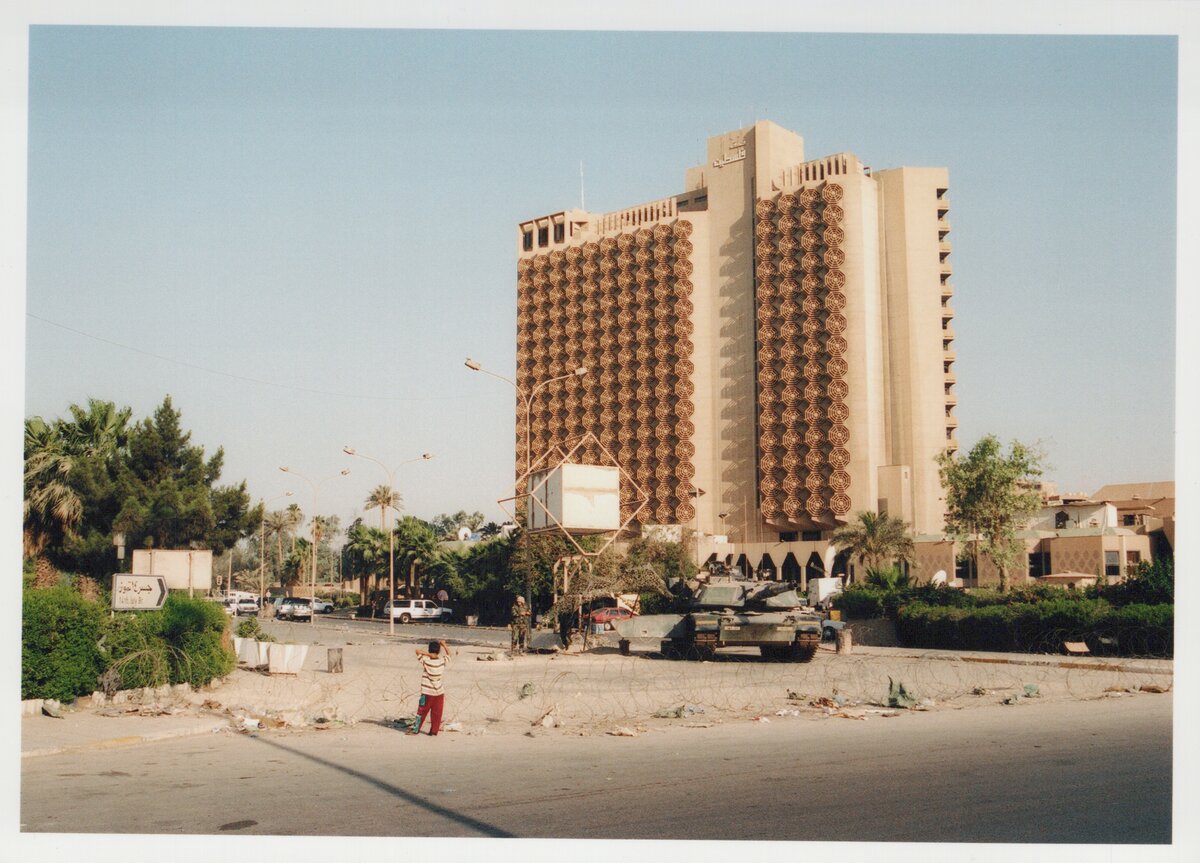