'The Return of Politics: For just and responsible global governance - For globalisation governed by the people 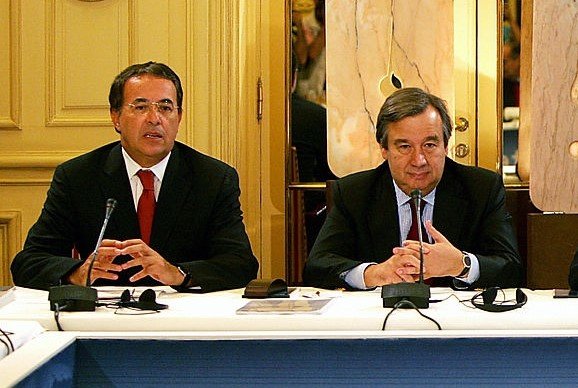 The Socialist International's XXII Congress took place on 27, 28, 29 October in São Paulo, Brazil, under the heading 'The Return of Politics: For just and responsible global governance - For globalisation governed by the people'.

The debates of the three-day Congress focused on key issues engaging the International, with panel discussions on nine themes including 'For a new multilateralism for sustainable development and security'; 'The role and reform of the United Nations'; 'The international financial system: a new Bretton Woods'; 'International trade: fairness, employment, and the environment'; 'Regional integration: the new architecture'; 'Working for peace: conflict prevention and resolution'; 'Poverty and pandemics: the intolerable wounds'; 'Promoting inclusion: gender equality and women in politics'; and 'Empowering people: strengthening democratic institutions and civil society'.

The Congress agreed the Declaration of São Paulo, a document which includes views and proposals of the International with regard to Globalisation and Global Governance, adopted a report titled 'Governance in a Global Society – The Social Democratic Approach' prepared by the SI Committee on the Economy, Social Cohesion and the Environment, adopted a resolution titled 'The Socialist International in the World' incorporating issues of concern and perspectives of social democracy from every region in the world, agreed on an Ethical Charter and on the establishment of a group to prepare a report on the reform of the United Nations. The Congress elected the authorities of the International and accepted new members and changes in the status of existing members.

Report of the Secretary General

Raport of the Secretary General