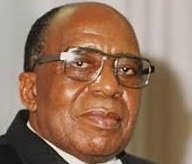 The Socialist International mourns the passing of Antoine Gizenga, Secretary General of the Unified Lumumbist Party, PALU, a consultative member of the SI, and a former Prime Minister of the Democratic Republic of Congo.

Antoine Gizenga was an integral part of the D.R. Congo's history. He was deputy Prime Minister in Patrice Lumumba's new Republic of the Congo following independence during 1960, Prime Minister of Congo-Stanleyville between December 1960 and August 1961, and Prime Minister of the country from 30 December 2006 to 10 October 2008.

PALU has been an active member of the Socialist International since 2014 and the International extends its deepest condolences to Gizenga's family and party members at this sad time.