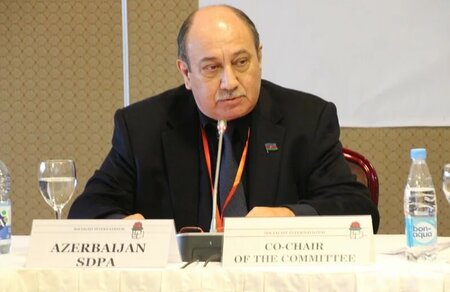 Araz Alizadeh was a committed and tireless social democrat, working with the SDPA since the party was founded in 1989 until his death. He was also a member of the National Assembly between 1991 - 1995, and 2015 - 2020. Alizadeh had participated in activities of the SI since 1994, and in 1996 the SDPA became a member party of the Socialist International. Since then, Alizadeh was very active, regularly attending SI Congresses, Councils and the SI Committee for the Caucasus and Black Sea region, for which he was a valued co-Chair.

The Socialist International extends its deepest sympathies to Araz Alizadeh’s family, to his son, Samad, who worked closely with him and has represented the party in many SI meetings, as well as to all members of the SDPA.