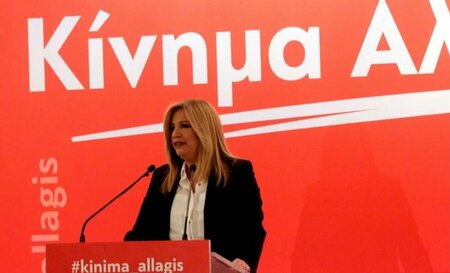 The Socialist International is deeply saddened at the passing of Fofi Gennimata, leader of the Movement for Change, KINAL, and former leader of the Greek Panhellenic Socialist Movement, PASOK, who passed away today, aged 56, after a long struggle with cancer.

At PASOK’s Conference of 2015, Fofi Gennimata was elected party leader with a significant majority. In 2017, she won the leadership elections of KINAL, an alliance which brought together PASOK and other centre and centre-left parties in Greece.

The Socialist International’s thoughts and sympathies are with Fofi Gennimata’s family at this very difficult time, and with all her party members and comrades.