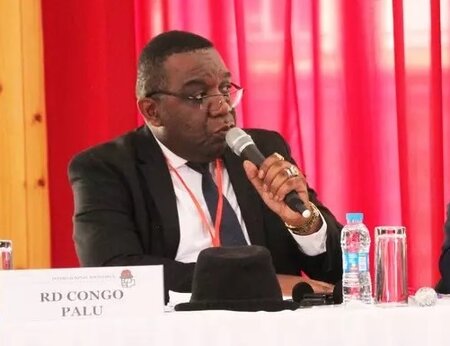 The Socialist International was deeply saddened to learn of the untimely passing of Lugi Gizenga, Secretary General of the United Lumumbist Party, PALU, who died in hospital during the night of 1 June following a sudden illness.

Lugi Gizenga held the post of Secretary General of PALU since October 2015 and was a regular participant in meetings of the Socialist International. He most recently took part in our meeting on the Middle East in support of peace and the two-state solution for Israel and Palestine held last July, and in the meeting of the SI Africa Committee held in Cabo Verde last November.

PALU was first admitted as an observer member party of the SI in 2014 and later became a consultative member in 2017.

The Socialist International conveys its deepest sympathy to Lugi Gizenga’s family and friends, and its heartfelt condolences to all the members of PALU at this sad time.