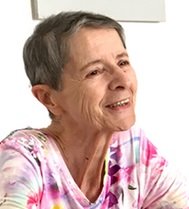 After graduating from the University of Vienna, Jonas joined the SPÖ International Secretariat in 1963 and continued there until 1967. Motivated to concentrate on women’s issues she went on to work at the SIW Secretariat in London in the late 1960’s. In May 1985 Maria Jonas became acting SIW Secretary General after Irmtraut Karlsson returned to Austria as their National Women’s Secretary, and in June 1986 Jonas was formally elected SIW Secretary General. She held the post until 1995 after being twice re-elected in 1989 and 1992.

In 1996 she was elected board member of the United Nations International Research and Training Institute for the Advancement of Women (INSTRAW), a role she continued until 1999. She also contributed annually as an expert with the Austrian delegation to sessions of the United Nation’s Commission on the Status of Women from 1997 to 2000. She continued on after this to work and volunteer with NGOs that focused on women, migrants and refugees.

Throughout her working life Maria Jonas was tirelessly dedicated to the improvement and advancement of women and women’s rights. She was awarded a number of accolades including Feminist of the Year by the Feminist Majority Foundation, in Washington in 1993, the Hertha Firnberg Award by the SPÖ Women in 2004, and the Gold Medal of Honour for Services to the Republic of Austria in 2010.

She will long be remembered for her invaluable contribution to the Socialist International Women, and we extend our sincere condolences and sympathy to her family and friends.