Civilian rule and democracy for Sudan 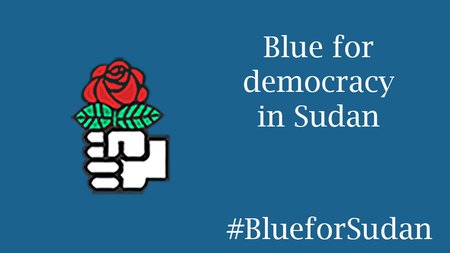 The legitimate demands of the Sudanese people for the immediate implementation of civilian rule must be met without delay.

Massive popular protests brought an end to the dictatorship of Bashir, however rather than heralding a transition to civilian democratic rule as had been the hope of the Sudanese people, it has instead led to the iron-fist rule of a Transitional Military Council which is directly responsible for the brutal massacre of over 100 protesters, hundreds more injured, and according to reports from recognised human rights organisations, for the detention, torture and rape of scores of others, atrocities that have included the killing of children.

We in the Socialist International condemn the despicable brutality in Sudan without reservation, and call for those responsible for these gross violations of human rights and all standards of human decency to be held to account for their crimes, which must be fully investigated by an independent and accountable body. This violence against civilians has led the African Union to suspend Sudan from membership, a decision which we applauded.

The international community has the moral responsibility of acting to stop the suffering of the Sudanese people who after many years of repression by the previous dictatorship, today continue to be victims of violence and human rights abuses by the existing military regime.

The SI expresses its full solidarity with all those in Sudan working to bring positive change to the country and build a better future free from dictatorship, oppression, poverty and suffering.

A peaceful and orderly transition to civilian government is the only acceptable way forward for the Sudanese people, a demand which we wholeheartedly support.

The civilian democratic forces in Sudan will need support and assistance from the entire international community in order to realise these ambitions.  Our International stands firmly with the people of Sudan in their efforts and sacrifice to win the struggle for their freedoms and rights.