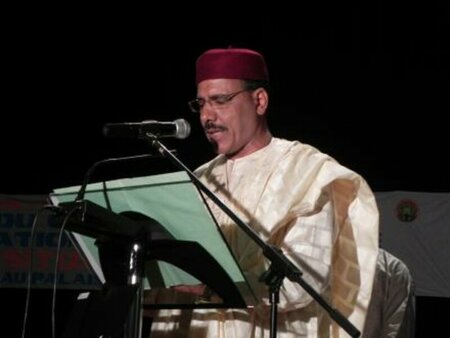 The Socialist International warmly congratulates Mohamed Bazoum, the candidate of the SI member party PNDS, for his clear victory in the second round of the presidential elections held in Niger last Sunday 21 February. As announced yesterday evening by the Independent National Electoral Commission (CENI), Bazoum obtained 55.75% of the vote while his opponent Mahamane Ousmane got 44.25 %. The Constitutional Court should now confirm the outcome in the coming days.

For the first time in the history of the country, there will be a transition of power between democratically elected leaders, from President Mahamadou Issoufou to Mohamed Bazoum. The Socialist International is particularly proud of this historic achievement representing a major step in the process of strengthening democracy in Niger and in the region. This milestone in the democratic life of the country requires that all parties, candidates and citizens of Niger respect the final outcome of the election and refrain from any action that could jeopardise the democratic process.

One of the major challenges for the incoming president is the security of Niger, which has suffered greatly in recent years from the scourge of terrorism and armed conflicts in the wider Sahel region, with particular concern regarding the situation in the Tillaberi region in the south-west of the country. Instability and violence have sadly had a direct impact upon the election itself, claiming the lives of at least eight election workers, seven of whom were killed when their vehicle hit a landmine in Tillaberi.

These great steps forward for democracy in Niger would not have been possible without the efforts and personal commitment of outgoing President Mahamadou Issoufou whose role in the re-democratisation of Niger will be his enduring legacy to his people, to his continent and to our global political family.