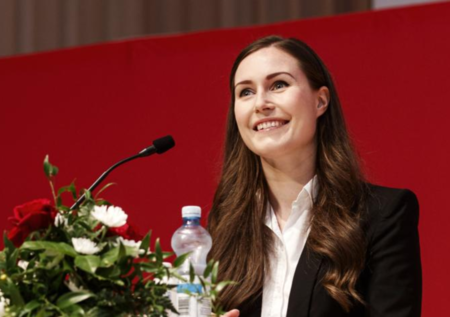 The Socialist International warmly congratulates Sanna Marin, Prime Minister of Finland, who was elected the new leader of SI member the Finnish Social Democratic Party, at their 46th party congress in Tampere, 22 – 24 August.

Marin is the third female Prime Minister of Finland and the youngest Prime Minister in Finland’s history. Appointed in December 2019, she was preceded by former SDP leader Antti Rinne. Sanna Marin was elected to parliament in 2015, and whilst there was a member of the Grand Committee, Legal Affairs Committee and the Environment Committee. She is also a member of Tampere City Council, which she chaired from 2013 to 2017, and, in 2019, she took the role of Minister of Transport and Communications. Sanna Marin’s election as SDP party leader places her second female chair in its history. The SDP held a successful party congress, recognising that greater international cooperation is needed now more than ever due to the COVID-19 pandemic, as well as the urgent need to tackle climate change and eradicate poverty, among many other vital policy issues.