SI calls for the immediate release of Mikalai Statkevich 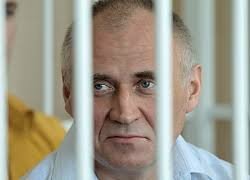 Mikalai Statkevich is being accused of committing a crime under Part 1 Article 342 of the Criminal Code of Belarus, by organising actions that violate public order. Statkevich is the leader of the SI member party in Belarus, Narodnaya Gramada, and is co-chair of the Socialist International Committee for the CIS, Caucasus and Black Sea. In 2010, as a presidential candidate, he was jailed for taking part in a peaceful protest and condemned to a five year prison sentence in very harsh conditions.

Having prevented Statkevich from registering as a presidential candidate in the upcoming elections scheduled for 9 August, citing his prison sentence in 2010 as the reason, Alexander Lukashenko, the head of the authoritarian regime in Belarus, clearly intends to keep him behind bars.

On 30 June, while in prison since May 31, he was granted a 10-15 minute interview with his lawyer, Uladzimir Sazanchuk, who reported that Statkevich categorically rejected the accusations as absurd and pointed out that he did not commit any crime. The persecution of Statkevich takes place in the midst of a violent crackdown against political opponents with hundreds of arrests, developments which the SI has firmly protested against. The Socialist International has kept in touch with Marina Adamovich, the wife of Mikalai Statkevich, and with his comrades in the party leadership since his arrest on May 31 and has closely followed and vigorously protested against the violent abductions and arrests of other members of the party, as in the case of it’s secretary general, Sergey Sparish.

The release of all political prisoners and the holding of free and fair elections in Belarus must be a shared priority for all democrats worldwide today, after the many years that the Lukashenko regime has kept power suffocating the freedoms and rights of the Belarussian people.

SI protests against increased persecution of SI members and opposition in Belarus, 26 June 2020