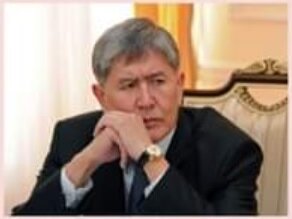 The Socialist International reiterates its concern at the grave situation of former president of Kyrgyzstan Almazbek Atambayev, former leader of SI member the Social Democratic Party of Kyrgyzstan, SDPK, who has been imprisoned in his home country for over 1000 days, and is at this moment in need of urgent medical treatment.

Our organisation has witnessed the startling decline in health of Atambeyev, who was visited in his prison cell in in April by the SI secretary general. Following calls made by our organisation, some medical diagnosis and care was facilitated for Atambayev by the government of Kzrgystan, which was a welcome development and an important step. These examinations confirmed that he is in need of life-saving medical treatment, as his health continues to deteriorate, exacerbated by his incarceration and the conditions in which he is being held. Despite his ongoing need for treatment, the former president is no longer hospitalised, but has been returned to prison and requests for access to the two operations he urgently needs have so far been denied.

The Council therefore calls on the government of Kyrgyzstan to urgently grant the request made for Almazbek Atambayev to be permitted to leave the country in order to receive the two operations he needs, that cannot be performed in Kyrgyzstan.

The Council further underlines that the manner in which the former president has been detained, tried and sentenced contravenes his legal and human rights as a defendant, violates the Kyrgyz Code of Criminal Procedure and breaches international judicial norms.