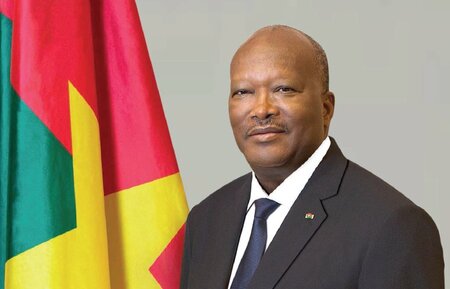 Burkina Faso has today seen the destruction of its constitution and democratic order following an uprising of the military forces that began yesterday, which the Socialist International condemns in its strongest terms.

President of the Republic, Roch Marc Christian Kaboré, from the SI member party People's Movement for Progress, MPP, and other members of the government, have been detained against their will.

The military has now torn up the constitution, dissolved government and parliament, implemented a curfew, and closed the country’s borders.

In the face of this military coup, the SI expresses its firm solidarity with President Kaboré, with the MPP, and with the people of Burkina Faso. The President, who called today for safeguarding the democratic achievements of the country, must be released unconditionally, as must the others who are being held.

The military forces have destroyed years of work by the people of Burkina Faso to bring about respect for democracy, human rights, freedoms and security. It is not acceptable to rob the people of their democracy, built with their efforts to secure a life in peace, and an open and secure society.

In the last year and a half, three democratically elected governments and heads of state in West Africa - in Mali, Guinea and today in Burkina Faso - have suffered military coups against their people.

The Socialist International, the world’s largest political family of social democrats, has always been committed to working with its member parties across the globe to defend and advance democracy, freedoms and human rights for all, and in these endeavours it will never cease.