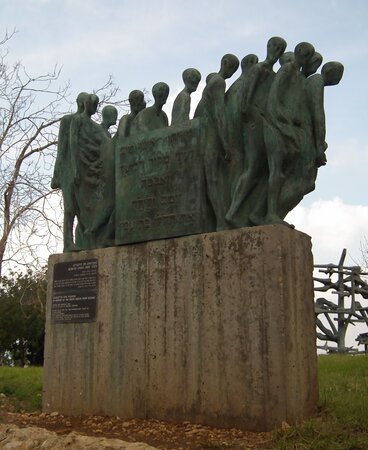 Today the Socialist International solemnly observes the International Day of Commemoration in memory of the victims of the Holocaust. Today, we think of the six million Jews and countless members of other minorities who were killed during the Holocaust, a horrific stain on the history of humanity that must never be forgotten or diminished. The social democratic family attaches the utmost importance to remembering and learning the lessons of this tragedy, to ensure it can never be repeated.

The recent rise in anti-Semitic acts in different regions of the world, including violence perpetrated against members of the Jewish community, is a grave concern. The Holocaust was not an isolated moment in history, but deeply rooted in many centuries of anti-Semitism and discrimination against Jews. Governments, political parties and leaders in all countries have a responsibility to take action to recognise, confront and tackle anti-semitism, wherever it occurs.

As stated in the declaration adopted by the Socialist International Council held in Santo Domingo in January 2019 on Holocaust Remembrance, the SI rejects any denial of the Holocaust and calls upon governments and political parties across the world to fight against this and all forms of racism and discrimination. The SI reiterates once more its condemnation of all manifestations of religious intolerance, incitement, harassment or violence against persons or communities based on ethnic origin or religious belief, everywhere.

Declaration on Holocaust Remembrance, adopted by the Council of the Socialist International,
Santo Domingo, 28-29 January 2019

The Council of the Socialist International, gathered in Santo Domingo on 28-29 January 2019:

Recalls that the prejudice, discrimination and hatred that arose out of pre-existing anti-Semitism was a condition precedent to the Holocaust perpetrated by Nazi Germany, its allies and accomplices resulting in the annihilation of six million Jews and countless members of other minorities;

Notes with concern that anti-Semitic acts of varying nature and intensity have multiplied lately in Europe, the United States, Canada and elsewhere;

Decries the growing tendencies towards Holocaust denial and the re-writing of history;

Recalls Resolution A/RES/60/7 on Holocaust remembrance adopted on 1 November 2005 by the United Nations General Assembly designating 27 January as International Day of Commemoration in memory of the victims of the Holocaust;

Joins the United Nations in marking International Holocaust Day and in remembering the victims of one of the worst crimes committed in human history;

Rejects any denial of the Holocaust as a historical event, either in full or in part;

Condemns without reserve all manifestations of religious intolerance, incitement, harassment or violence against persons or communities based on ethnic origin or religious belief, wherever they occur;

Calls upon governments and political parties to fight against all forms of racism, discrimination and Holocaust denial.