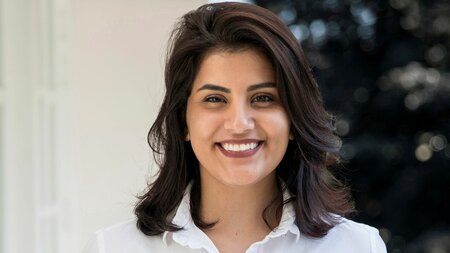 The Socialist International vigorously protests against the sentencing of Loujain al Hathloul in Saudi Arabia on alleged charges relating to national security under the state’s counter terrorism law. Loujain al Hathloul, a women’s rights activist, originally made news in 2014 for protesting against the Kingdom’s ban on women drivers and its male guardianship laws, for which she was arrested and detained for 73 days. She was again arrested in 2018 and since then has been held in detention without trial. The sentencing today of nearly six years in prison has rightly provoked outrage internationally.

The Socialist International continues to reaffirm the rights of all women to freedom of expression, to freedom from gender-related discrimination and freedom from the violation of their human rights.

As the SI has stated before, across the world, women have featured prominently in the struggle for freedom and democracy, and continue to play a prominent role in the democratic transitions. They must be afforded the same opportunities, rights and freedoms as men. For a stable, equitable and peaceful society, it is imperative that women’s rights and gender equality are respected.