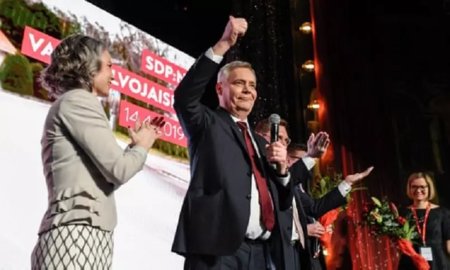 In the parliamentary elections held in Finland on 14 April, the SI member, the Social Democratic Party, emerged with the majority of votes and the largest number of elected members of parliament, thus giving it a mandate to form a coalition government. SDP leader Antti Rinne will start negotiations with other political forces represented in the new parliament with a view to building a majority coalition, opening the way for the country to have its first social democratic prime minister since 2003.

The Socialist International Secretary General was invited to join the SDP on election day and accompanied Finnish comrades as they awaited the outcome of the vote.