A welcome victory for Biden in the USA 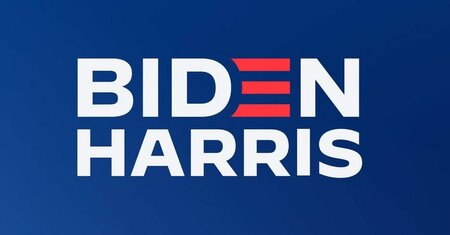 The Democratic presidential candidate Joe Biden has surpassed the threshold of votes in the Electoral College to win the US presidential election. In addition, the former vice-president received the largest number of votes ever cast for a presidential candidate in US history. Thus, the majority of American people have chosen building consensus and empathy over animosity and division. We congratulate the president-elect Joe Biden, his running mate Kamala Harris, and the Democratic Party on their successful campaign.

In a record-breaking election, voter turnout reached unprecedented levels. The increased participation in the democratic process by the American people is one of the outstanding features of these elections, and electoral authorities across the country should also be commended for their dedication to ensuring that all valid votes were counted, in particular in light of the challenges posed by holding an election at the height of the coronavirus pandemic and the unfounded calling into question of the democratic process by the sitting president.

Joe Biden’s commitment to governing in the interests of all Americans, regardless of party affiliation, is commendable and contrasts greatly with the outgoing administration.

After four years during which the leadership of the United States followed a narrow approach to key global issues, the announced priorities of the President-elect are a welcome change, with his commitment to tackle and overcome the COVID-19 pandemic, combat climate change, build economic prosperity, secure health care for all, eliminate systemic racism, defend human and women’s rights and to strengthen democracy. These are common challenges and cannot be solved by nations working alone.

The victory of Joe Biden offers an opportunity to strengthen multilateralism in a world which greatly needs it for the benefit of all. We social democrats from around the globe are convinced that the outcome of this presidential election will have many positive repercussions for both the USA and for the world, and we wish the president-elect every success.